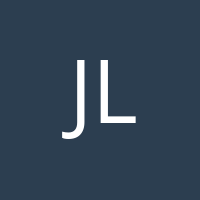 Pound to Swiss Franc forecast: Investors flock to the CHF, will the Swiss National Bank curb demand for the Franc?

Sterling slides against the Swiss Franc as Brexit and the global economic outlook weigh on the Pound
The pound to Swiss franc exchange rate has fallen lower below 1.20 for the GBP vs CHF pair with interbank rates currently sitting at 1.189. The slide in the pound against the Swiss franc has presented those looking to sell Swiss francs with an opportunity to convert when compared to recent months. Brexit is one factor which is most likely putting pressure on the price of sterling, but it is also the global outlook and the uncertainty it faces which is seeing a flight to safety to the ‘safe haven’ currencies which include the Swiss franc and the US dollar. This trend looks likely to continue with no real progress in

END_OF_DOCUMENT_TOKEN_TO_BE_REPLACED

GBP to CHF weakness after no majority for alternative Brexit

The pound to Swiss franc exchange rate still struggles to push higher amidst global uncertainty and the pressing issue of Brexit. The Swiss franc maintains the higher ground with its safe haven status amidst concerns of a global slowdown, the effects of which are already being seen across China and the EU. There are now fears that a slowdown is starting in the US which is why the US Federal Reserve has decided to not raise interest rates for the rest of 2019. The uncertainty is positive for the Swiss franc as investors move to the safe haven currencies which include both the US dollar and Swiss franc.
As far as GBP to CHF is concerned the weakness in the pound arises from Brexit with now just 10 days to go until

END_OF_DOCUMENT_TOKEN_TO_BE_REPLACED

The pound has rallied higher against the Swiss Franc with rates for the GBP/CHF pair now sitting over 1.32. Pound to Swiss Franc exchange rates have been lifted on the back of some optimism over Brexit, that a deal will be reached between Britain and the EU. The markets are awaiting developments over the contentious Irish backstop which could pave the way forward for a deal. In particular there have been meetings in the EU with the UK’s attorney general Geoffrey Cox to try and find the necessary text for a legal codicil to be written up alongside the existing withdrawal agreement. If the backstop is not permanent then the deal may have a shot at getting