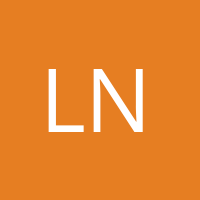 Switzerland’s Federal Department of Finance (FDF) and the Swiss National Bank (SNB), Switzerland’s central bank, have signed a new agreement on how SNB profits can be distributed.
Source: Swiss National Bank
The new agreement, which applies until 2025, allows for the SNB to make an annual payment of up to CHF 6 billion to the government, should central bank finances permit. Previously, the maximum payment was CHF 4 billion.
The CHF 6 billion payment is made up of a base amount of CHF 2 billion, which is paid if SNB profits are at least CHF 2 billion. On top of this are four further CHF 1 billion payments, which are triggered when retained profits on the balance sheet exceed the thresholds of CHF 10 billion, CHF 20 billion, CHF 30 billion and CHF 40 billion

END_OF_DOCUMENT_TOKEN_TO_BE_REPLACED

© Michael Müller | Dreamstime.com In 2019, the Swiss National Bank (SNB) made a profit of around CHF 49 billion. These profits came mainly from the rising value of the assets on the bank’s balance sheet. In 2019, the value of its holdings of foreign currency and gold rose substantially. When combined with interest, dividend income and gains …

END_OF_DOCUMENT_TOKEN_TO_BE_REPLACED

SNB building in Bern
According to provisional calculations, the Swiss National Bank (SNB) expects to make a profit of around CHF 49 billion in 2019.
Most of this comes from the rising value of the SNB’s foreign currency positions (+CHF 40 billion) and a valuation gain on gold holdings (+CHF 6.9 billion).
After adjusting reserves, the SNB will have CHF 88 billion available for distribution.
Since the announcement SNB shares have risen 2% to CHF 5,600.
The central bank plans to pay a dividend of CHF 15 per share, a total payment of CHF 1.5 million, representing a yield of 0.3%. CHF 15 per share is the maximum dividend payment the central bank can legally make.
In addition, it will pay CHF 2 billion to the federal government and cantons. The federal government will

END_OF_DOCUMENT_TOKEN_TO_BE_REPLACED

Money for nothing – Swiss government gets paid to borrow

END_OF_DOCUMENT_TOKEN_TO_BE_REPLACED

Recently, the Swiss National Bank (SNB) unveiled the new 100 franc banknote.
Only one note missing – © Janusz Pieńkowski | Dreamstime.com
The note’s design is inspired by Switzerland’s tradition of humanitarianism, represented on the note by water.
The note remains blue but is much smaller than the existing one, making it easier to fit into wallets.
The note is the last one in Switzerland’s ninth series of notes to be updated. Updating the series began in April 2016 with the introduction of a new 50 franc note.
The series’ theme, which was designed by Manuela Pfrunder, is the “Many facets of Switzerland”
With 125 million notes in circulation, the 100 franc note is Switzerland’s most popular. The 20 (86 million), 10 (76 million) and 50 (58 million) trail far behind

END_OF_DOCUMENT_TOKEN_TO_BE_REPLACED

Yesterday, the Swiss franc reached its highest level against the euro in two years. The EUR/CHF exchange rate reached 1.097 on 24 July 2019, a rate not seen since early 2017.
Source: Valeriya Potapova – Click to enlarge
Upward pressure on the franc is partly being driven by expectations of interest rate cuts by eurozone and US central banks. In addition, the franc is considered a safe haven currency and typically rises when global risk perceptions rise.
The Swiss National Bank (SNB) has limited options for stemming the franc’s rise. Interest rates on sight deposit account balances are already negative, although a more negative rate is possible.
The last time the bank intervened in the market – it sold francs

END_OF_DOCUMENT_TOKEN_TO_BE_REPLACED

Since the beginning of December 2018 more and more counterfeit 100 Swiss franc notes have been appearing in the Swiss canton of Valais in and around Sion and Conthey.
©-Ginasanders-_-Dreamstime.com_ – Click to enlarge
The fake notes, which the local Police say can be spotted if compared to real ones, have been making their way into circulation via shopping centres, kiosks and service stations in the Sion and Conthey region.
Counterfeiting is rare in Switzerland because Swiss notes are virtually impossible to recreate.
The Police recommend comparing suspicious notes to real ones and contacting them immediately on 027 326 56 56.

END_OF_DOCUMENT_TOKEN_TO_BE_REPLACED

The secrets of the new 200 Swiss franc note

– Click to enlarge
Switzerland’s ninth banknote series moves away from the depiction of well-known personalities instead depicting typically Swiss characteristics. Each characteristic is communicated via an action, a Swiss location and other graphic elements, which include a hand, a globe and an object.
Instead of the portrait of the nineteenth century Swiss writer Charles-Ferdinand Ramuz on the current note, the new 200 reflects

END_OF_DOCUMENT_TOKEN_TO_BE_REPLACED

Switzerland’s vote to change its monetary system – sensible or silly?

Sometimes Swiss voters are presented with questions that only specialists are equipped to answer. The vote on 10 June 2018 to change their monetary system appears to be one of these.

On the surface it appears simple. Upon closer inspection it contains much complexity and uncertainty, compounded by a widespread misunderstanding of how the financial system works – banks do not act simply as intermediaries, lending out the deposits that savers place with them, nor do they multiply central bank money.
The initiative would bring two major changes. Firstly, it would prevent commercial banks from creating money – more on modern money creation. This task would become

END_OF_DOCUMENT_TOKEN_TO_BE_REPLACED

The Economist has just published its January 2018 Big Mac index, a light-hearted measure of whether currencies are under or overvalued. The underlying assumption is that a Big Mac is the same whether bought in Kiev or Chur, so any price difference must be due to the exchange rate.
© Sergiomonti _ Dreamstime.com – Click to enlarge
In January 2018, Swiss Big Macs were still the world’s most expensive, making the Swiss franc the most overvalued currency, 28.1% higher than it should be. The implied exchange rate is 1.23 Swiss francs to 1 US dollar.
A key criticism of the index is that it ignores wage differences. To correct for this the Economist has an adjusted index, which factors in GDP per capita. After this

END_OF_DOCUMENT_TOKEN_TO_BE_REPLACED

The third in a series of gorgeous new Swiss franc bank notes will be released by the Swiss National Bank (SNB) on October 18th. The 10-franc note keeps its yellow colour, but most everything else in the design and construction is different.
What’s most remarkable about the new bank note? Not the 40 centimes or so it takes to make each note, nor that each note is projected to last only about a year. Not the sophisticated security measures, including multiple layers of transparent and inked polymers, paper and other materials, plus other features embedded to combat counterfeiting – all this is done in Zürich by Orell Füssli.
Most remarkable is what this note, like the rest of the new series, does not have. Swiss