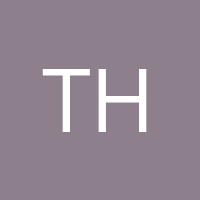 Swiss Franc at 5 month highs vs the Pound

Tory leadership debate does little to help the pound
Sterling has remained under a lot of pressure against a number of currencies including vs the Swiss franc.
The Tory leadership race is now down to 5 candidates after former Brexit secretary Dominic Raab only managed to get 30 votes. This was short of the required 33 to progress to the next round.
Last night we had the live television debate involving the last five candidates. It appears as though Boris Johnson is the clear leader with 126 votes in the recent ballot. However, the debate didn’t really provide much positive progress as the potential candidates did little to add to their campaign. Whilst Boris Johnson has suggested that leaving the European Union

END_OF_DOCUMENT_TOKEN_TO_BE_REPLACED

The pound is now trading close to a 6 week high to against the Swiss franc which has come as welcome news to the Swiss central bank. Swiss policy makers appear to favour a weaker currency as they aim to control low inflation.
Inflation in Switzerland has remained below 1% for quite a while even though interest rates have remained in a negative territory.
Since the start of the year as markets have lacked volatility this has kept the demand low for safer haven currencies including the Swiss franc and perhaps one of the reasons why the pound has made some small gains vs the Swiss franc during the last few weeks.
The tensions caused by the US-China trade wars appear to be dissipating and with Chinese data coming out

END_OF_DOCUMENT_TOKEN_TO_BE_REPLACED

The pound has once again felt the impact of the uncertainty caused by Brexit and the pound has fallen against the Swiss franc during yesterday afternoon’s trading session.
We are now just over a week away from when the UK is due to leave the European Union and the latest update is that the EU will allow an extension until the end of June if Theresa May can get her deal backed in the next few days.
Last night the Prime Minister addressed the public and appeared to point the finger at MPs in order for them to allow things to progress.
However, as we have seen in recent weeks MPs are clearly not in favour of Theresa May’s previous attempts to get the deal through and I would be surprised to see this passed next week.

END_OF_DOCUMENT_TOKEN_TO_BE_REPLACED

Pound to Swiss Franc exchange rates
The value of the Pound against the Swiss Franc has remained in a fairly tight range since the start of the year. However, in the last couple of days the Pound has made some small gains after the Swiss National Bank confirmed that their currency reserves have dropped slightly.
We have also seen reports of positive sales of Swiss watches, which is one of Switzerland’s largest exports. According to official reports Swiss exports hit 3.9% and are now over CHF 2 billion, which does not often happen.
The Swiss market has seen the benefit of an increase in demand from the US which has been on a very positive course of expansion during last year, with 4 interest rate hikes in 2018 for the

END_OF_DOCUMENT_TOKEN_TO_BE_REPLACED

GBP/CHF Forecast: Swiss Franc at Best Level against the Pound in over a year

GBP/CHF forecast: Brexit uncertainty causes Swiss Franc to gain vs the Pound
The Pound is now trading at its lowest level to buy Swiss Francs in over twelve months as the political uncertainty surrounding the UK is continuing to negatively affect the value of Sterling exchange rates.
Clearly the uncertainty of what may happen in the next three months before the end of March is causing investment in the UK to drop off in favour of more safer currencies, including both the US Dollar and the Swiss Franc.
Switzerland is one of the largest holders of foreign exchange globally and is able to protect its position as and when necessary and whilst the political problems in the UK continue to run and run I think we could see

END_OF_DOCUMENT_TOKEN_TO_BE_REPLACED

In today’s GBP/CHF forecast we look at why the Pound has been coming under a huge amount of pressure recently against the Swiss Franc.
Those that have been following the currency markets will be aware that the pressure on GBP is largely owing to the uncertainty caused by the ongoing Brexit talks. We are now just over a week away from arguably one of the biggest events in British political history when MPs will decide whether or not to approve Theresa May’s current Brexit plan.
At the moment it appears as though she will fall short of the numbers needed to approve the plan which could take us closer to a ‘no deal’ Brexit. However, rumours are circulating that behind the scenes