by
New York Fed
My articles My siteMy booksAbout me
Follow on:TwitterFacebook
Summary:
Anna Kovner and Antoine Martin Third of three posts Any time the Federal Reserve or the official sector more broadly provides support to the economy during a crisis, the intervention raises concerns related to moral hazard. Moral hazard can occur when market participants do not bear the negative consequences of the risks they take. This lack of consequences can encourage even greater risks, due to the expectation of future government help. In this post, we consider the potential for moral hazard stemming from the official sector’s response to the coronavirus pandemic and explain why moral hazard concerns were likely more severe in 2008. What is the moral hazard risk in the response to the pandemic? Countless articles and academic papers that consider the 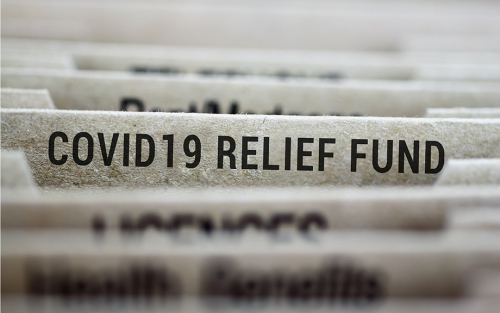 Any time the Federal Reserve or the official sector more broadly provides support to the economy during a crisis, the intervention raises concerns related to moral hazard. Moral hazard can occur when market participants do not bear the negative consequences of the risks they take. This lack of consequences can encourage even greater risks, due to the expectation of future government help. In this post, we consider the potential for moral hazard stemming from the official sector’s response to the coronavirus pandemic and explain why moral hazard concerns were likely more severe in 2008.

What is the moral hazard risk in the response to the pandemic?
Countless articles and academic papers that consider the official sector’s response to the pandemic allude to the risk of moral hazard (see for example, this study by the OECD). This risk was a key concern in the response to the global financial crisis because of the fear that government interventions were rewarding financial intermediaries that had taken on the most risk through leverage. These concerns were particularly acute for banks, which already benefit from Federal Deposit Insurance. In 2020, leverage at U.S. banks is low relative to the last decades, but it is corporations that have taken on additional leverage, relative to historical averages (as noted in the Federal Reserve’s 2019 Financial Stability Report). Does this suggest that official sector interventions supporting businesses and households will fuel moral hazard?

Moral Hazard Through the Lens of a Simple Principal Agent Problem
A standard setting in which economists study moral hazard is the theory of optimal contracts, where a “principal” hires an “agent” to perform a task. The agent’s success depends on both effort and luck. The principal wants to reward the agent for effort and the agent doesn’t want to get punished for bad luck, but the principal can only measure the success of the task and cannot distinguish the contribution of effort and luck independently. One option for the principal is to pay the agent the same amount regardless of the outcome. This contract eliminates the income risk faced by the agent, but at the cost of removing the incentive to exert effort. Moral hazard occurs in this framework when the principal provides too much insurance to the agent, discouraging effort.

What does this way of thinking about incentives tell us about the possible moral hazard of the official sector’s response to the pandemic? The standard logic is that by protecting market participants from the negative consequences of the risks they take, they will have an incentive to take on too much risk. However, the case of the pandemic is different from the usual negative shock. Clearly, the economic impact of the shutdowns related to the COVID response is not due to a lack of effort but, rather, to the bad luck of being in a business that cannot be operated safely in a pandemic.

When it is possible to tell the difference between luck and effort, there is no incentive gained by penalizing households, companies, or investors for bad luck. In fact, it is precisely at these times that risk sharing would be optimal. Because the impact of the pandemic has much more to do with luck than effort, official sector support is less likely to have a negative effect on incentives than it would in a standard recession.

Moral Hazard When Faced with Systemic Shocks
Even if official sector intervention does not reward firms that took undue risks, it could create expectations that support will be provided in the future and thus have a negative effect on incentives. For example, ensuring that companies have access to credit now could encourage companies to become even more highly levered in the future. We argue that the risk of moral hazard from the official sector’s interventions is muted because pandemics are very infrequent.

Generally, official sector help is provided only in the case of a systemic shock, which is rare. A systemic shock is one that affects a large share of the economy. Such a shock could be like the pandemic, in the sense that its effects are mainly due to bad luck, or it could be like the 2007-09 financial crisis, in the sense that its effects are related to individual decisions, such as overinvesting in subprime mortgage-backed securities.

That said, if systemic shocks are rare relative to idiosyncratic shocks, then even a very generous official sector rescue would not significantly change companies’ incentives to take on leverage. Indeed, if the probability of benefiting from the rescue is very small, and the risk of failing due to an idiosyncratic shock is large in comparison, then incentives are not likely to change much at all after these interventions. The risk of moral hazard is, thus, directly related to the likelihood of systemic shocks, such as a pandemic.

Moral Hazard When the Probability of Systemic Shocks is Endogenous
This reasoning assumes that the probability of shocks is not related to firms’ behavior; however, that may not be true for all types of firms. For example, Viral Acharya and Tanju Yorulmazer have argued that banks may have an incentive to seek exposure to common shocks, so that if one bank gets in trouble, all banks are likely to be in trouble. In such a case, moral hazard is particularly concerning as it increases the likelihood of a systemic shock.

In the case of banks, regulation and supervision can work against the incentive to seek exposure to common shocks. The fact that banks have generally weathered the pandemic shock well so far, reflects the fact that they were required by regulation to build healthy liquidity and capital buffers that would be needed in a systemic shock.

Prime money market mutual funds (MMFs) were a source of financial fragility during the financial crisis and again during the pandemic. These funds engage in a liquidity mismatch, offering daily liquidity and buying assets vulnerable to fire sales. While this is concerning, it is arguably not due to traditional moral hazard because the structural fragility of MMFs and their exposure to common shocks reflect tight restrictions on the type of assets in which they can invest. This means that regardless of official sector interventions, they are likely to be exposed to common shocks.

As long at the U.S. financial system relies heavily on short-term wholesale funding markets, official sector intervention may be needed to prevent disruptions in these markets, because they could adversely affect the economy more broadly. Such interventions are arguably due to the structural weakness short-term wholesale funding introduces in the system, rather than traditional moral hazard. The moral hazard here arises from the system, as much as individual actors’ incentives.

In contrast to financial firms, it seems more difficult for non-financial firms to increase exposure to common shocks. Even increasing leverage will not necessarily result in more intervention, as it is hard to imagine interventions in response to shocks that companies should insure themselves against, such as changes in demand.

To Sum Up
A common concern is that official sector interventions in response to the coronavirus pandemic could lead to moral hazard. We don’t dismiss such concerns in general, but provide two reasons why it is likely not a big issue for companies in the case of the pandemic. First, because being affected by the pandemic is largely due to (bad) luck, risk sharing is optimal. Second, because systemic shocks are rare, official sector support is unlikely to affect incentives much, as long as market participants expect official sector interventions only in response to such shocks. That said, if we believe pandemics of similar magnitude are expected to be more common, or if we discover costly ways for firms to invest in making themselves resilient to pandemics, the moral hazard calculus could change.

Anna Kovner is a policy leader for financial stability in the Federal Reserve Bank of New York’s Research and Statistics Group.

Antoine Martin is a senior vice president in the Bank’s Research and Statistics Group.

The Federal Reserve Bank of New York was incorporated in May 1914 and opened for business in November later that year. To commemorate the New York Fed’s centennial, take a look at the people and events that helped shape our history.
My articlesMy siteMy booksAbout me
Follow on:TwitterFacebook
Previous Market Failures and Official Sector Interventions
Next Investigating the Effect of Health Insurance in the COVID-19 Pandemic

Oliver Williamson: The Man Who Reduced the Transaction Cost of Economics