China v America: who is in charge? | The Economist 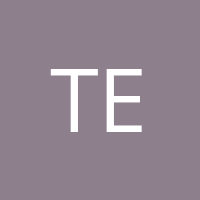 The Fed Is Trapped In QE As Interest Rates Can’t Rise Ever Again.

Since the onset of the pandemic, the Fed has entered into the most aggressive monetary campaign. Its goal was to bolster asset markets to restore confidence in the financial system. However, the trap is the Fed is in a position where they can never stop QE as interest rates can’t rise ever again.

Why Bolivia Needs to Decentralize

It was only eight months ago that Bolivia concluded a bizarre political conflict that saw President Evo Morales step down from office. Morales was pursuing a fourth presidential term but encountered numerous constitutional roadblocks.
Protesters cited irregularities and alleged voter fraud during elections in October 2019 as the principal motive behind their demonstrations.

Coronavirus: immunity might disappear within months in some patients

A recently published study by researchers at King’s College London shows SARS-CoV-2 antibodies fall to undetectable levels within 60 days in some patients. These findings potentially undermine the efficacy of vaccines aimed at triggering an antibody response, along with hopes of herd immunity.

FX Daily, July 16: Equities Slide and the Greenback Bounces After China’s GDP and Before the ECB

Overview:  Profit-taking, perhaps spurred by disappointing retail sales figures, sent Chinese equity markets down by 4.5%-5.2% today, the most since early February.  It appears to be triggering a broader setback in equities today.  The Hang Seng fell 2%, and most other markets in the region were off less than 1%.

EM FX was mixed last week, with most risk assets continuing to fight a tug of war between improving economic data and worsening virus numbers. Sentiment may be hurt early this week over lack of consensus in the EU and the US regarding further fiscal stimulus. Three of the four EM central banks meeting this week are expected to cut rates.

A committee has launched a referendum against changes made to the Epidemics Act to allow the introduction of the SwissCovid tracing app. The citizens say they’re concerned about data security.

The optimism among investors appears to have evaporated in the face of new US-Chinese tensions, possible delays in the next US fiscal stimulus, and new record virus infections in Australia and Hong Kong. US stocks had pared early gains yesterday, and the high-flying NASDAQ finished lower after setting new record highs.


Tags: Featured,newsletter
1.) The Economist on SNB Featured newsletter 2020-07-17
The Economist
Full story here
Are you the author?
0 0