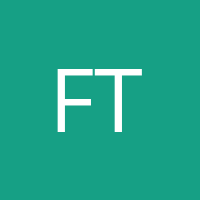 by
Flavio Tosti
My articles My books
Follow on:
Summary:
USD/CHF is trading up for the third consecutive day.  The level to beat for bulls is the 0.9700 resistance. USD/CHF daily chart USD/CHF is rebounding from the 0.9500 level while challenging the 50 SMA on the daily chart. DXY (US dollar index) is gaining some ground vs. most of its rivals. USD/CHF daily chart(see more posts on USD/CHF, ) - Click to enlarge USD/CHF four-hour chart The spot is about to challenge the 0.9700 figure while trading above the 100/200 SMAs on the four-hour chart. A break beyond the above-mentioned level would be necessary for bulls to extend the current bull move towards the 0.9800 and 0.9900 price levels on the way up. Support can emerge near the 0.9600, 0.9550 and 0.9500 price levels on any retracement. USD/CHF four-hour chart(see

USD/CHF is trading down for the fourth consecutive day. The level to beat for bears is the 0.9600 support. USD/CHF is easing from the monthly highs as the spot drops below the main SMAs on the daily chart. The US dollar is down against most currencies this Thursday.

US Dollar Index tumbles to fresh weekly lows at 98.73, down 4% from the top.  US data: Consumer Sentiment Index suffers second-largest monthly decline in March. The USD/CHF pair is falling for the fourth consecutive day amid an ongoing sell-off of the US dollar. The DXY approached earlier on Friday the 100.00 area and recently bottomed at 98.73, the lowest level since March 17.

USD/CHF stays below the five-week-old falling trend line, 23.6% Fibonacci retracement. Bearish MACD increases the odds of the pair’s declines. Channel’s resistance, 50% Fibonacci retracement will question buyers during the recovery. USD/CHF registers modest changes while taking rounds to 0.9730 ahead of the European session on Monday.

Being put on the currency manipulation watchlist by the United States will not change the Swiss National Bank’s (SNB) monetary policy, SNB Governing Board member Andrea Maechler said on Wednesday, per Reuters.

USD/CHF created a strong bullish recovery while nearing the 2020 highs. The level to beat for bulls is the 0.9770 resistance.  USD/CHF is attempting to form a base near multi-month lows while trading below the main daily simple moving averages.

ECB extends review of its monetary policy strategy until mid-2021